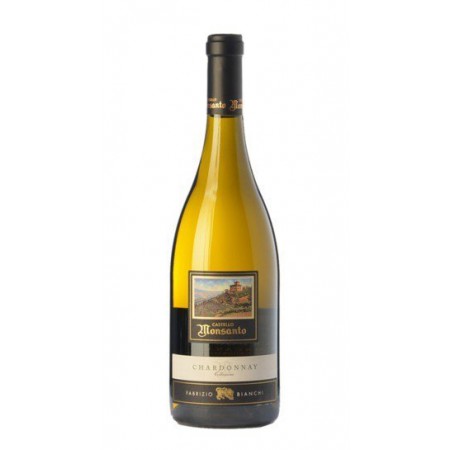 Our Chardonnay is the brainchild of Fabrizio Bianchi, who – in the mid-1970s – decided to plant these vines on the winery’s land outside of the Chianti Classico denomination. Inspired by the great white wines of Burgundy, it was initially fermented entirely in wooden tanks, but since 2000 the volume of oak-fermented grapes has been steadily decreasing – with 70% of the grapes now fermented in stainless steel tanks. There is a large stock of our Chardonnay in our cellar, illustrating this wine’s ability to stand up to the passage of time

Vinification
Two thirds of the grapes are vinified in steel vats at controlled temperature, the remaining part in French oak "tonneaux" where it remains on the lees for about 6/7 months

Ageing
One year of bottle aging

Climate trend
The meteorological trend in 2020 was characterized by scarce rains in the first winter months. The vines began to sprout in late March in the middle of cold days with temperatures sometimes below freezing. There was frost damage along the valley floors and on the early bloomers. Production was lower than in recent years. Flowering began between 20th and 25th May (depending on the variety) with normal development favoured by an ideal climate characterized by hot, dry and slightly windy days. As a consequence, an excellent bud set was noted which led to a good structure of the bunches, characterized by beautiful elongation and branching of the rachis. Favourable rainfall occurred in June until mid-July. The veraison on Sangiovese began slightly earlier than in recent years. The heat of August limited the presence of harmful insects and brought the grapes to perfect ripeness, also thanks to a sunny September with excellent temperature differences between night and day.