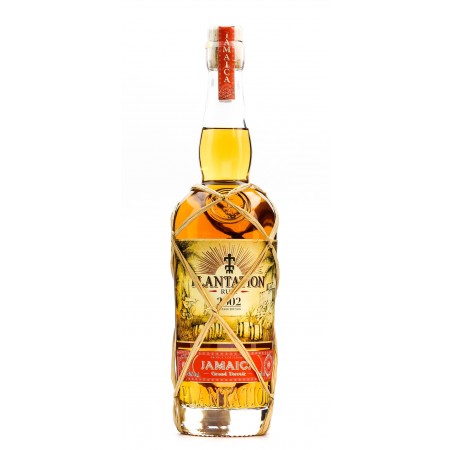 This  vintage rum highlights the ancestral Jamaican style: a long fermentation and a 100% pot still distillation blended from the two mythic Long Pond and Clarendon distilleries.

After 12 years ageing in Jamaica and 1 to 2 years in France, banana, prune, roasting coffee and raisin notes endow it with depth, while spices elevate the rum to a rare and distinguished spirit.

In 1664, Oliver Cromwell sends William Penn to capture Hispaniola (Haiti) for the English Empire. Failing at this mission, Penn ends up in Jamaica where he drives the Spaniards off the island. In 1670 Spain gives up its rights to the island and Port Royal becomes a safe haven for pirates and thieves.

In the 17th century, nearing the end of the golden age of piracy, sugar becomes the dominant crop on the lush island. In the 18th century, Jamaica takes the lead in sugar production in the Caribbean, as well as the site for numerous slave rebellions that eventually lead to the abolition of slavery by the English in 1834.

The locals drink white and overproof rum. In Jamaica the term “gold rum” is applied to aged spirits although some are older than 20 years.

The favor of the Jamaican people falls on the heavier style, which is not surprising when one considers that there are more pot stills in Jamaica than any other Caribbean island. Allowing the rum to benefit from powerful and aromatic flavors and tastes, this method is long known to produce heavy rum. Today, Jamaican rums have earned their noble credentials.

The functionality has been deactivated because it uses cookies (More info)
Activate cookies
This site uses cookies, including from third parties, to optimize the user experience while browsing and allow basic functionality; collect anonymous statistics; profile the user to send him advertising in line with his preferences.